XRP is an independent digital asset that is native to the Ripple Consensus Ledger. With proven governance and the fastest transaction confirmation of its kind, XRP is said to be the most efficient settlement option for financial institutions and liquidity providers seeking global reach, accessibility and fast settlement finality for interbank flows.

Bitcoin (BTC) is a consensus network that enables a new payment system and a completely digital currency. Powered by its users, it is a peer to peer payment network that requires no central authority to operate. On October 31st, 2008, an individual or group of individuals operating under the pseudonym 'Satoshi Nakamoto' published the Bitcoin Whitepaper and described it as: 'a purely peer-to-peer version of electronic cash, which would allow online payments to be sent directly from one party to another without going through a financial institution'.

Ethereum (ETH) is a smart contract platform that enables developers to build decentralized applications (dapps) conceptualized by Vitalik Buterin in 2013. ETH is the native currency for the Ethereum platform and also works as the transaction fees to miners on the Ethereum network. Ethereum is the pioneer for blockchain based smart contracts. When running on the blockchain a smart contract becomes like a self-operating computer program that automatically executes when specific conditions are met. On the blockchain, smart contracts allow for code to be run exactly as programmed without any possibility of downtime, censorship, fraud or third-party interference. It can facilitate the exchange of money, content, property, shares, or anything of value. The Ethereum network went live on July 30th, 2015 with 72 million Ethereum premined.

The Stellar network is an open source, distributed, and community owned network used to facilitate cross-asset transfers of value. Stellar aims to help facilitate cross-asset transfer of value at a fraction of a penny while aiming to be an open financial system that gives people of all income levels access to low-cost financial services. Stellar can handle exchanges between fiat-based currencies and between cryptocurrencies. Stellar.org, the organization that supports Stellar, is centralized like XRP and meant to handle cross platform transactions and micro transactions like XRP. However, unlike Ripple, Stellar.org is non-profit and their platform itself is open source and decentralized. Through the use of its intermediary currency Lumens (XLM), a user can send any currency that they own to anyone else in a different currency.

Litecoin is a peer-to-peer cryptocurrency created by Charlie Lee. It was created based on the Bitcoin protocol but differs in terms of the hashing algorithm used. Litecoin uses the memory intensive Scrypt proof of work mining algorithm. Scrypt allows consumer-grade hardware such as GPU to mine those coins.

Dash (DASH) describes itself as digital cash that aims to offer financial freedom to everyone. Payments are fast, easy, secure, and with near-zero fees. Built to support real-life use cases, Dash aims to provide a fully-decentralized payments solution. Users can purchase goods at thousands of merchants and trade it at major exchanges and brokers around the globe.

Bitcoin Cash (BCH) is hard fork (a community-activated update to the protocol or code) of Bitcoin that took effect on August 1st, 2017 that increased the block size to 8MB, to help the scale the underlying technology of Bitcoin.Nov 16th 2018: BCH was hard forked again and split into Bitcoin SV and Bitcoin ABC. Bitcoin ABC became the dominant chain and took over the BCH ticker as it had more hashpower and majority of the nodes in the network.

Bitcoin Gold (BTG) is a fork of Bitcoin that occurred on October 24, 2017 on block 419406. Bitcoin Gold changed Bitcoin’s proof-of-work algorithm from SHA256 to Equihash rendering specialised mining equipment obsolete in an attempt to democratise the Bitcoin mining process.

Launched in 2016 by Zooko Wilcox-O’Hearn and based on the Zerocoin protocol, Zcash (ZEC) is a decentralized and open-source privacy-focused cryptocurrency that enables selective transparency of transactions. Zcash transactions can either be transparent or shielded through a zero-knowledge proof called zk-SNARKs. This allows the network to maintain a secure ledger of balances without disclosing the parties or amounts involved. Instead of publishing spend-authority and transaction values, the transaction metadata is encrypted and zk-SNARKs are used to prove that nobody is being dishonest.

DigiByte (DGB) is a UTXO PoW based blockchain with a focus on cybersecurity, digiassets, payments, and secure communications technologies.The DigiByte blockchain was developed in 2013 and released in January 2014 by Jared Tate (Creator & Founder of DigiByte) with an open-source protocol. Although based on Bitcoin, adjustments in the code reportedly allow for improved functionality, including 15-second block time, real-time difficulty adjustment and improved security. DigiByte development has included DigiShield, MultiAlgo, MultiShield, SegWit, and Odocrypt.

0x (ZRX) is a permissionless protocol that provides the infrastructure to facilitate the creation of decentralized exchanges on the Ethereum blockchain. The project employs off-chain transaction relayers and Ethereum based smart contracts to provide an open order book and decentralized exchange. The ZRX token functions as payment to relayers by the users of the protocol and a governance token for protocol upgrades.

Golem (GNT) is a peer-to-peer decentralized marketplace for computing power. The project aims to be an alternative to centralized cloud service providers with its lower price point and open-source community of developers. The Golem network pools global computing power and enables users to access these resources with GNT. Token holders pay resource owners to complete tasks requiring computational resources. The network is composed of the aggregated power of user devices. Golem is reportedly able to compute tasks that run the gamut from CGI rendering to machine learning. Transactions between participants are deemed to be safe because computations take place in sandbox environments that are sequestered from hosts’ systems.

Augur (REP) is meant to harness the wisdom of the crowd through prediction markets on a protocol owned and operated by holders of the Ethereum-based Reputation token. In these markets users are said to be able to bet on the outcomes of events such as company performance, election results or even natural phenomena by purchasing shares that would either support or refute the proposed outcomes of such specified events. By design, the user-created markets could return fees to market participants while automating payouts using software meant to be fair, open to all, and completely decentralized.

OmiseGO believes that having access to financial services can create economic opportunities and improve lives. OmiseGO was established with a mission to enable people to securely offer and access financial services, as well as exchange and spend digital assets anytime and anywhere. The permissionless OmiseGO Network aims to enable instant, peer-to-peer transactions in real-time, facilitating financial services across geographies, asset classes, and applications. The OmiseGO eWallet Suite allows users to build and integrate a front-end interface for different types of digital transactions.

Salt (SALT) is the token of the SALT lending platform that allows users to collateralize their blockchain assets to get loaned cash.

Dash (DASH) describes itself as digital cash that aims to offer financial freedom to everyone. Payments are fast, easy, secure, and with near-zero fees. Built to support real-life use cases, Dash aims to provide a fully-decentralized payments solution. Users can purchase goods at thousands of merchants and trade it at major exchanges and brokers around the globe.

Introduced in 2017, Zilliqa (ZIL) is centered around the idea of 'Sharding' and was designed to enhance the scalability of cryptocurrency networks such as Ethereum. Sharding is analogous to the concept of 'divide and conquer', where transactions are divided into smaller groups for miners to perform parallel transactional verification. The upshot of this is the ability to reach consensus more quickly, which would increase the number of transactions in a given period. According to the white paper, transactions speed could scale to approximately 1000x that of Ethereum's network. Zilliqa’s high throughput means that developers can focus on fleshing out their ideas rather than worrying about network congestion.

Civic (CVC) is an identity management service that allows one to protect and authorize the use of their identity in real-time.

Loom Network (LOOM) is a Platform as a Service intended to allow Ethereum-based Solidity applications to be run on side chains. With the belief that applications should be allowed to have more relaxed consensus mechanisms depending on their needs and potential threat model, Loom aims to make scaling decentralized applications faster and easier while remaining on the Ethereum network. Loom Network’s DPoS sidechains allow for truly scalable blockchain games and DApps with the security of Ethereum mainnet. 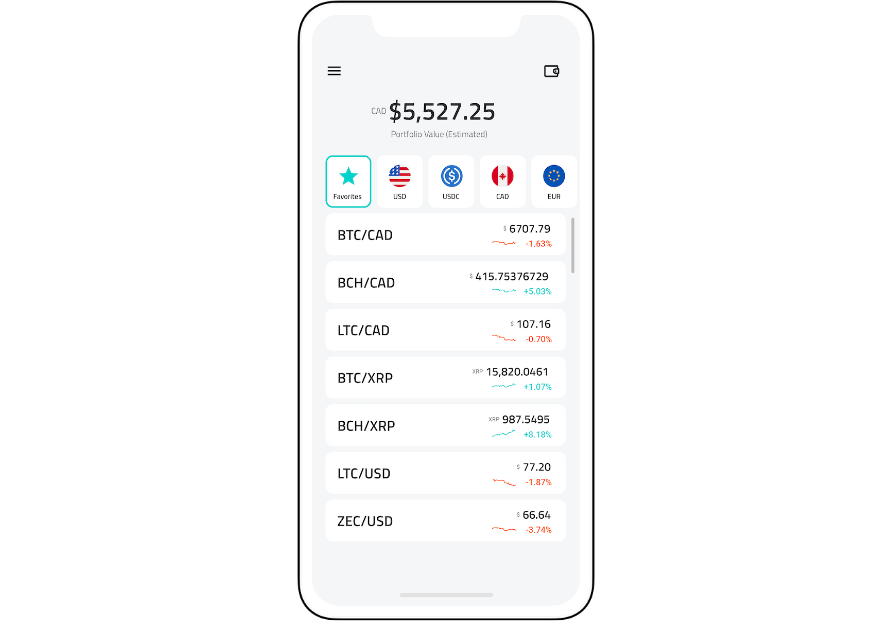 CoinField App Available Now
Trade on the go like a pro!
Learn more

Send a link to your phone & download the app

Your SMS has been sent